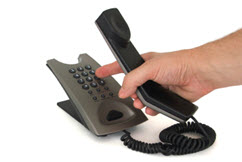 When is an Actuarial Certificate Required?

In an address to the Tax Institute in March 2015 Matthew Bambrick, ATO Assistant Commissioner for Superannuation, presented ‘some guidance around calculating and reporting ECPI (Exempt Current Pension Income).  The common industry practice of Segregating Assets part way through the year and not obtaining an actuarial certificate was singled out as needing to change.

Andy O’Meagher, Actuary and Director of Act2 Solutions recently posted an article on Linkedin titled “SMSF ECPI Changes – take note!”about the implications of this address.  Everyone preparing SMSF Annual Returns should be aware of the information contained in this article to ensure the eligibility to Exempt Current Pension Income for the 2014/15 financial year and beyond. Also, more importantly, anyone advising clients to commence a pension prior to selling off assets need to be aware of the changes.

With thanks to Andy, below is extracted directly from his post on the 4th June 2015:

1  Segregation by default - no longer!

The industry has taken a 'segregation by default' position in those circumstances where all assets are in Accumulation at the start of the year, then all assets switch to Pension mode on the same day and remain in Pension for the rest of the year.  Earnings received prior to pension commencement are seen as taxable and all earnings received after commencement are exempt (including CGT exemption). The clarification by the ATO indicates that this approach is not acceptable.

An actuarial certificate MUST be obtained in these circumstances and the tax exempt percentage calculated applies to all earnings from the assets (including realised capital gains) for that income year. 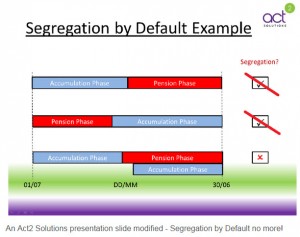 In practical terms, those who have been advising clients to commence a pension prior to selling off assets need to be aware of this and change their approach.

I believe that the ATO is doing the industry a favour here by making a clarification rather than being in a position where there is grey area surrounding possible exemption (especially CGT exemption) from assets that are not technically segregated.  Rather than taking immediate compliance action against those funds who have partaken of this practice, the ATO are giving warning that this practice must stop and that segregation is something that must be actioned from the start of a given income year.

2  Declaring ECPI is not optional

This is another game changer that needs to be taken into consideration when commencing pensions late in the income year.  Stated in the address is "the income of an SMSF is either assessable or exempt.  A trustee cannot re-characterise the income simply by not obtaining an actuarial certificate."

A common industry practice has been that if the amount of ECPI is less than the cost of the actuarial certificate, the fund simply pays tax on all income, claims no ECPI and avoids the cost of obtaining an actuarial certificate.  This is something that I have written to the Assistant Commissioner seeking clarification on. I have been advised that I will receive a response in the next few days. Particularly I would like to know whether this is something that the ATO seeks to take action on in the 2013/14 returns or whether they will take this as stating their case and expecting the industry to tighten up on going forward.

As a provider of actuarial certificates, my feelings on this are somewhat mixed.

If compliance costs can be reduced, without negatively impacting on the Trustees or the tax position, this seems to be a good thing.  Avoiding the cost of obtaining an actuarial certificate, albeit a relatively minor cost, at the lesser price of paying a little extra tax seems to be a win-win situation for Trustees and the ATO.

However the ATO is stating that if the Trustees are eligible to be exempted from paying some income tax, that exemption must be honoured and the ATO are not therefore indicating that 'paying more tax is more acceptable than paying less tax'. This maintains integrity and consistency within the complexity of our tax system.

One thought on “When is an Actuarial Certificate Required?”