Amongst those changes introduced in the 2016 Budget was the $1.6 million transfer balance cap which limits the tax exemption for assets funding superannuation pensions.

This new limit on superannuation will apply from 1 July 2017 and creates additional responsibilities for SMSF trustees.

The main issues you need to be aware of are: 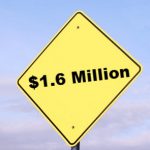 Going over the $1.6 million transfer balance cap will require the excess amounts to be removed from the retirement phase which will likely require the commutation of the relevant pension which has exceeded the cap.

Any amounts in excess of a member’s personal transfer balance cap can continue to be maintained in their accumulation account in their fund.  This means if you have more than $1.6 million in super you can maintain up to $1.6 million in pension phase and retain any additional balance in accumulation phase.